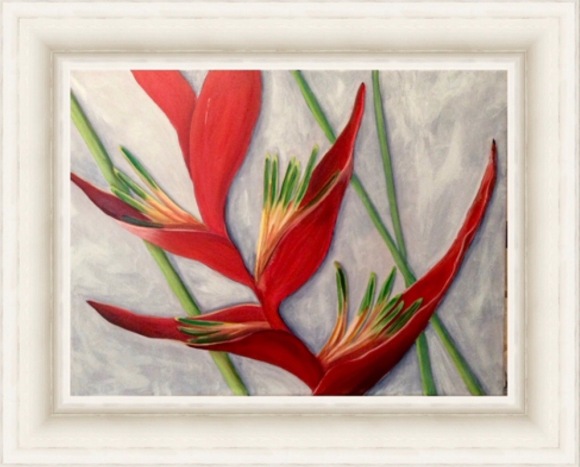 The painting was auctioned off at the Palace of Westminister to raise funds for Windref‘s charity at the House of Lords.  It sold for £5000.00 and will help to fund future health-based research. 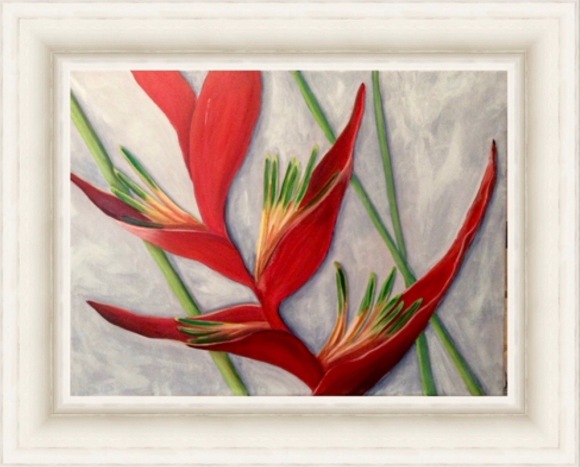 This recently discovered species of Heliconia is special, as it was named in honour of “Lance Sergeant Johnson Gideon Beharry, VC, CNG, (born 26 July 1979) He is a British Army soldier who, on 18 March 2005, was awarded the Victoria Cross, the highest military decoration for valour in the British and Commonwealth armed forces, for saving members of his unit, the 1st Battalion Princess of Wales’s Royal Regiment, from ambushes on 1 May and again on 11 June 2004 at Al-Amarah, Iraq. He sustained serious head injuries in the latter engagement. Beharry was formally invested with the Victoria Cross by Queen Elizabeth II on 27 April 2005.”  ( Wikipedia – Johnson Beharry ) 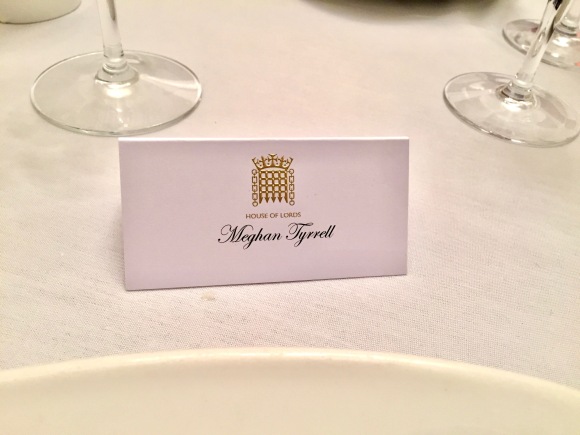 My place at the table

I was honoured to have had the chance to meet Lance Seargent Johnson Beharry and to take part in this event.